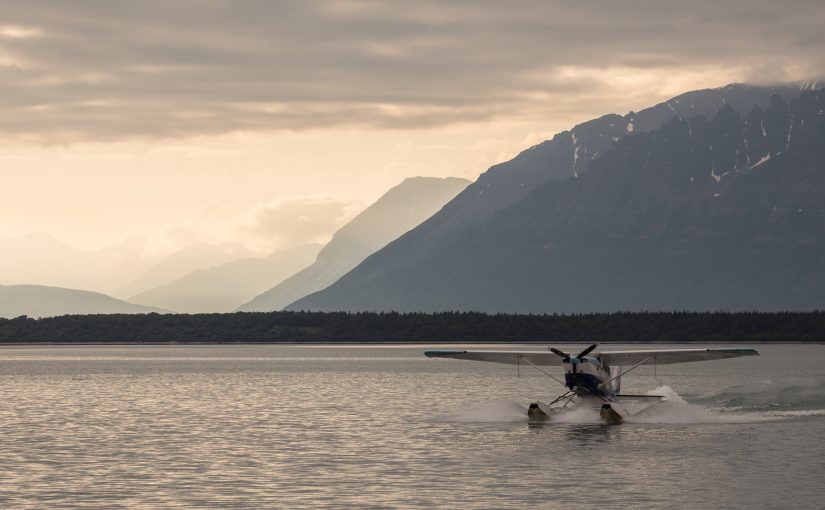 What an adventurous year this has been! Here is a summary of my favorite moments and photos to wrap up 2017, presented in sequential order by season.

After the holiday festivities, winter sets in firm.  Usual January activities include days at Grand Targhee and my local church’s annual trip to Island Park. Late January had a surplus of fresh snow for great snowmobiling conditions.

February started off brutal, with bitterly cold weather and heavy snowfall.  Then it rained.  Rain on snow creates an upside-down snowpack that’s very unstable and dangerous.  The rain caused avalanches large enough to take out mature trees and closed the pass for six days.  Working from home for that week was nice, but cabin fever started to set in by the end. During the summer, I would usually average a Yellowstone trip every other weekend. Winter travel conditions are too harsh to allow that, but that’s not to say that there is local scenery to enjoy. One of my favorite pullouts along the local highway is the Teton view, pictured above. This location is opposite from the view from Grand Teton National Park. GTNP is best for sunrises, this location is best for sunsets. This was taken as a storm was breaking, exposing the mountain peeks for the first time in days, with no time for the sun/wind to burn off any of the snow/ice. This made them look unusually white and one of my favorite shots.

Towards the end of the month was our Yellowstone trip under the N-CGSAP permit.  That ridiculous acronym stands for Non-Commercially Guided Snowmobile Access Program.   Anyone with this permit can enter the park on snowmobiles w/o the supervision of certified guides.  It’s a logistically heavy trip, but worth it.  Read the full write up for more.

Immediately after the YS trip, I jumped into a van with a bunch of guys from Teton Valley Bible Church.   (And by immediately I mean getting home from Yellowstone at near midnight and meeting up with the TVBC crew < six hours later the next morning.)  We are attending a conference with our pastor, in LA where he went to seminary.  It was a great week being spiritually fed and spending time with close friends.   I’m mentioning this non-photo-related trip here because seeing the LA sun less than 24 hours after a Yellowstone winter trip was glorious.

April is the time where early access to Yellowstone/GTNP is allowed in some areas by non-motorized travel (usually a bike).  It’s a great time of year to get into the park before the crowds and gamble with the unpredictable spring weather.  It’s also a reality check on how lazy I’ve been all winter: biking 30 miles is a swift kick in the butt.  I made it up there two weekends this spring, having sunny weather the first and got chased out by snow on the second.

More of the parks open to vehicles as April progresses, with access reaching deeper in the park.  In late April, Tower Falls is accessible by foot, if you are willing to brave the black bears in the area.  This was a memorable encounter because it’s the first (and so far only) time I thought she looked stressed and might charge.  Read more details on that encounter here.

I love May.  Snowstorms are still possible, but the weather gradually warms, and activities that don’t require skies or an ice axe broaden. Hayden Valley opens up in early May with the shot at catching a grizzly bear in the snow as they come out of hibernation.

Late May is probably my favorite time of year. Not entirely because it contains my b-day, but because Memorial Day weekend is the first opportunity to camp without totally freezing (depending on where you go). Canyon Campground still had several feet of snow, but the temperatures were bearable, and lower elevations were turning green.

Early summer had epic amounts of runoff as a result of the high precipitation throughout the winter. Snake River was raging bank-to-bank for most of the month, and various roads & bridges were damaged or washed out.

There were a few opportunities to see the Wapiti wolf pack in Hayden Valley, Yellowstone. It’s interesting to see how they fared through the winter and what hierarchy formed after the from the neighboring territory showed up last summer.

Then in July, the most epic camping trip happened. Yes, pictured above is Brooks Falls, Katmai NP. Even if you don’t know where that is, you’ve probably seen a photo like this somewhere. This location requires some logistics – it’s a commercial flight to Anchorage, prop plane to King Salmon, then finally a float plane to Brooks Camp. The campsite is surrounded by an electric fence with bears lurking close-by. But it’s relatively safe. Brooks Camp has a stellar bear safety history, and the bears generally don’t have any interest in people. There is too much to cover here, but the full write-up and way too many bear photos are available.

The AK adventures are not over yet. After returning to work for about a week, it was time for the next one. These trips were intended to be spread a year apart, but some circumstances happened where I had an Anchorage flight that had to be used.

This one was a flight to Kodiak Island before jumping onto a float plane and finally ending up on a boat. I spent about a week on this boat (sleeps 14ish) and cruised a few bays in Katmai NP.

This time no rangers are around. Instead I’m with a guide. With bears passing within 50 feet, it was important to have someone keeping an eye out while the group was focused (heh) on taking photos.

Same as before, the full write-up and even more bear photos are available.

Next up is a once in a lifetime event that happened right at home. The center of the total solar eclipse happened right over Teton Valley. After scouting the area and consulting with friends, I settled on camping up on Relay Ridge with a group in an attempt to get the clearest view possible (wildfire smoke was in the area).

Change is in the air, in more ways than one. September marks the beginning of a job transition and relocation. Labor Day Weekend was the last camping opportunity of the season for me.

In the autumn season, bears can be seen on Mt Washburn trail. They are looking for squirrel caches of whitebark pine cones.

In addition to seeing bears in the area, the Wapiti wolves came out. I counted 17 of them, with two confirmed litters, one from each of the females.

The last week in the area was pretty wintery. Thankfully the weather cleared up and the moving truck was loaded in nice weather.

In the next couple weeks, I moved, started a new job, etc. With the business of adjusting, I tried getting out on the weekends to explore a bit before the winter weather settled in.

Throughout the month of October, I took a couple drives to Kootenai National Wildlife Refuge and Priest Lake. It’s the time of year when western larch trees change color and drop their needles. 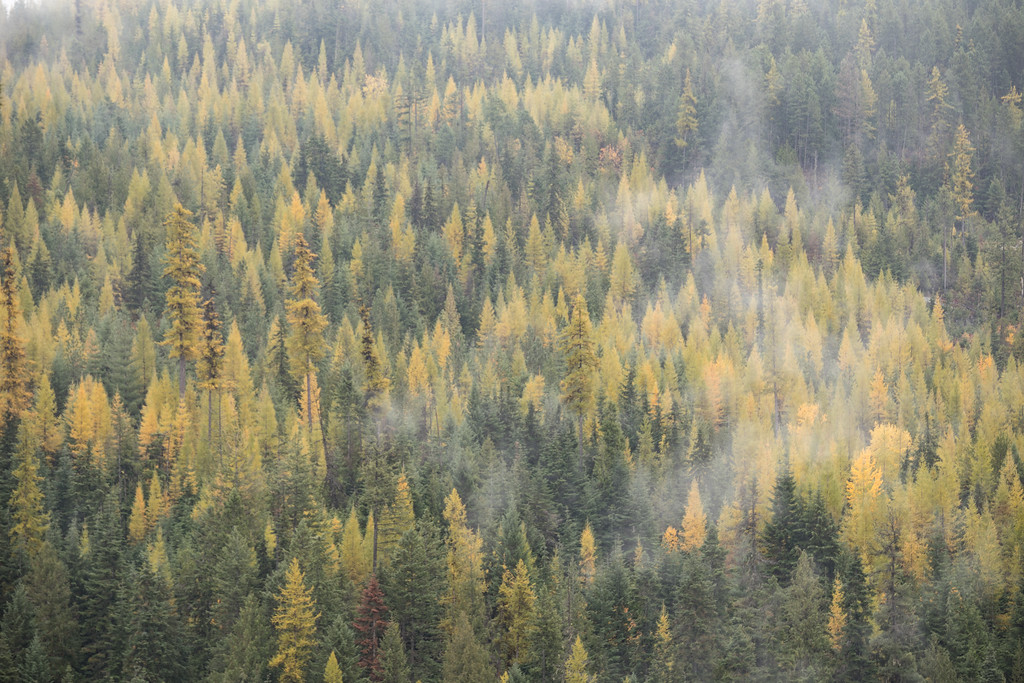 And then we find ourselves back into winter. As December moves along, we get a few snowy days and Schweitzer Mountain Resort slowly opens up more terrain each weekend.

If you made it all the way through, thanks for reading! I wish you a happy and adventurous 2018.