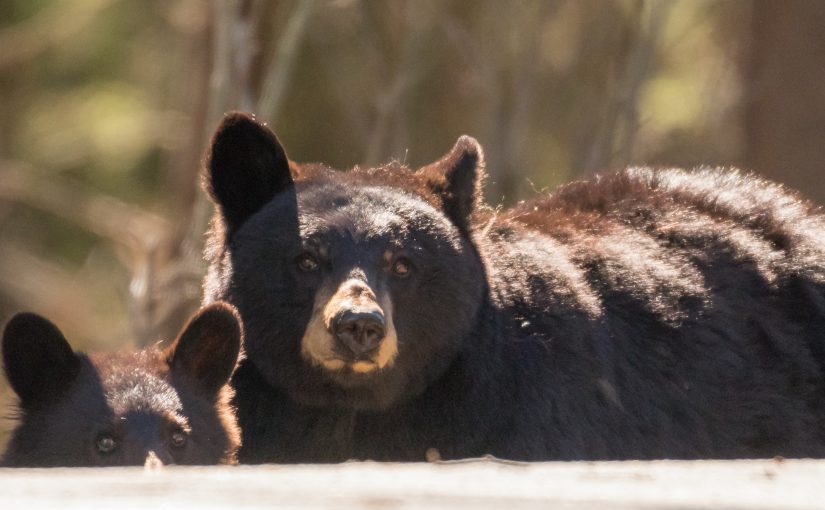 The days leading up to this weekend was very wintery. Thursday morning Teton Valley had several inches of snow on the ground. It’s pretty, but I’m sort of over it.

And Teton Pass was a mess, of course. We are getting to the time of year where snow will catch travelers by surprise. Sometimes I feel that all the signs in the world won’t stop some of them.

But things are looking up! Madison CG opens this weekend. 😀

Hauled up to West Yellowstone after work Friday; got through the gate by around 7:30pm. Right around sunset with some grazing bison.

The campground had some snow on the ground (probably melted by now), but I found a bare tent spot under a tree. Went to sleep to the sound of owls and people’s cushy propane heaters. 😉

Lamar Valley was the target for today. I left camp before 5:30, and didn’t make it past Lamar Canyon until after 7. Bison. Everywhere. I heard of a carcass near the Lamar trailhead, but it doesn’t look like there was anything left for how recent it was. As a consolation, there was a grizzly out by the treeline that was worth getting the scope out for. Bear #1 for the day.

Tracking back west, there was some wolf action. Both looked to be collared, but not sure which ones they were. They were trying to get a stillborn calf, but the mother wasn’t ready to give it up.

Back at the Yellowstone River bridge was bear #2, a black bear.

Midday I took a hike up the closed (to cars) road to Tower Falls. In hindsight, I probably should have made an attempt to hike with a group. I know it’s a black bear hotspot and did encounter one of the sows w/ cubs traveling in the opposite direction. Remembering the moment, this stare is still unsettling. She knew I was here, but I still backed off and moved away from the road, trying to let her pass. But something was keeping her from passing by, and she instead hangs out in a tree by the road with her cubs – all while giving me the stink-eye the whole time. No amount of talking seemed to help the situation.

So now she is in a tree on the west side of the road, and there is the swampy area on the east side. I was about ready to turn around when a group of people came up on the scene. Once more people showed up, her demeanor changed. She came down from the tree and took a snooze further up on the ridge, now uncaring of our presence. Whatever. Further up the road was the other sow w/ cubs. They were sleeping in that deadwood pile visible from the parking lot. Bear count surges to 8.

At the overlook, I heard an approaching rumble that was below me. Turned out to be the wildlife survey plane buzzing the canyon. Wonder what they were looking for.

On the walk back, there were more people on the road and the bears were sleeping / aware of the general people presence, so uneventful.

Next I headed to Slough Creek to checkout the new den site. There was a gray bedded at the den opening occasionally popping their head up to confirm I’m not looking at a rock. 😉 Another lighter wolf showed up with something in it’s mouth. The bounty was cached above the den.

A grizzly came out from the trees briefly; bringing the bear count to 9, wolf count to 4.

I drove through the valley one last time during sunset; back to camp pretty late at 10pm.

Targeting Canyon today to see what the snow was like. It’s still at comical levels.

Lower Falls lost most of the snow/ice buildup at the base – probably from the warm weeks in March. But most/all of the unmaintained trails are still buried. Brink of Lower Falls, for example, still has snow up to the fence.

The osprey nest is occupied. No eggs yet.

The rest of the morning was spent hanging around Swan Lake Flat and the construction area. There was hearsay of a grizzly w/ cub being out the day before, but I didn’t find anything.

Thought about driving down to OF, but it was very overcast. Left the park midday.