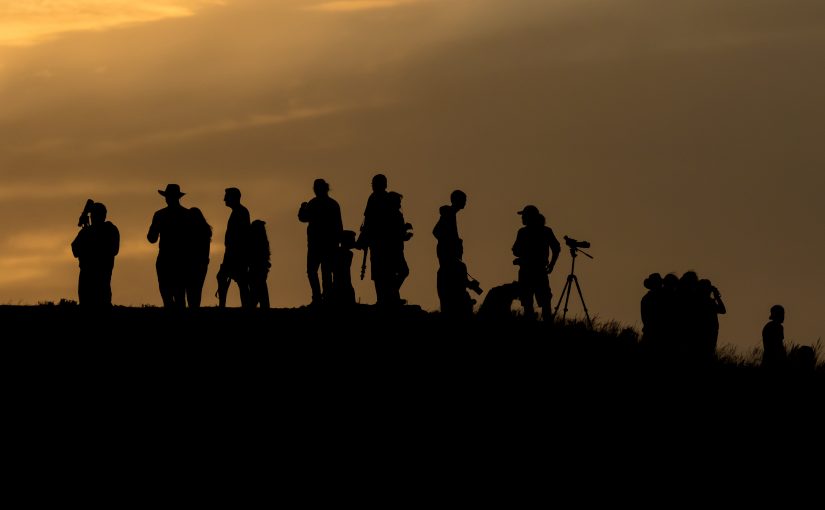 Drove up from Jackson Thursday after work, camped in Canyon. I was interested in seeing the Wapiti pack in Hayden Valley, so I spent a lot of time there. I also enjoyed meeting up with people I met last summer and even some fellow YNeters. 🙂

Arrived at Grizzly Overlook at about 5:30am. There was a grizzly bear that crossed the road not 50 yards from the overlook. He then hung out just over the hill to the south of the road. Also spent some time watching the late moonset.

I headed further south and came up on the second grizzly of the trip off the side of the road. He’s collared, but the ranger mentioned that’s not a Yellowstone collar…It’s by the USGS or state of Wyoming. I recalled a news article in the local paper about a relocated bear.

CODY, Wyo. (AP) — Wildlife officials have trapped and relocated a grizzly bear in an area north of Pinedale where another bear was killing cattle.

The Wyoming Game and Fish Department says the sub-adult male grizzly was trapped Saturday and relocated to the Five Mile Creek drainage about 5 miles from the east entrance of Yellowstone National Park.

Game and Fish officials say they sometimes relocate bears in an effort to minimize conflicts with livestock and people.

Do you think that’s close enough to be the same bear?

I passed by Grizzly Overlook again to see if I missed anything. They said there was a very brief sighting after I left, which would have placed the timing at 8:00 – 9:30.

To get back to Canyon, I drove around the upper loop. There was a nice 6-point elk near Blacktail Pond.

Back at Grizzly Overlook that evening with no wolf sightings. There was a grizzly sow w/ two cubs at scoping distance by the polls. One of the cubs made use of a power pole as a back scratcher which was entertaining to see.

I haven’t driven Beartooth Hwy yet, so I decided this was the day to do it. I headed out of Canyon about 5:30am.

Right as I was passing the Dunraven trailhead, I turned a corner and saw a grizzly walking along the road. And not just any grizzly – Scarface! He was being such a courteous pedestrian, walking on the left side of the road, off to the side.

I followed him for a few minutes before he wandered back into the woods.

Bonus pic of him creeping in the woods:

Those pictures were taken with the Tamron 150-600. At times, I could not pull back enough. It wasn’t until after that encounter when I realized that I could have gotten way more keepers with my 70-200 f/2.8. Wider zoom, more light. Oh well.

Shortly after that there was a fox with breakfast. Didn’t score a decent shot with that encounter.

Continued on through Lamar Valley. Tons of bison, etc. Did a morning stroll to Trout Lake.

Then it was on to Red Lodge. Driving Beartooth Pass makes Teton Pass seem like a bunny hill, with lovely high altitude lakes.

Back at Grizzly Overlook for the evening. Pelicans were floating down the river. Looked refreshing on that hot afternoon!

That relocated bear showed up from the south, swam across the river right in front of the overlook, and had quite a feast on the white flowers (forget the name).

There was an ever-so-brief wolf sighting but I wasn’t able to locate them. Need to learn my landmarks better. The evening was finished off with a nice sunset.

Back at Grizzly Overlook 5:30am. The relocated bear made an appearance from the south side of road, crossed, swam the river, and then continued towards the trees. Second creeping bear pic:

The alpha female made an appearance later that morning for brief periods. So at least all my attempts wasn’t for nothing.

Summer album will be updated throughout the season: http://www.tetonmtnliving.com/GYE/Summer-2015/